Career Regrets. And a Mercedes

(This is a post that was published in 2012, but I think it’s relevant today).

I’ve been reflecting a lot this month, thinking about all that has happened in the last year.

A year ago today I had been in San Francisco for about 3 weeks.

I packed up my business, sold all of my stuff (I miss my couch the most, it took me a month to find that couch *sigh*), and put everything I owned into the back of my Mercedes convertible… and then rounded up my mom and drove that car across the country.  This, by the way, was the car I had bought as a “I hate my consulting job but I got promoted so I’m going to spend money on stuff to make me happy” reward (It didn’t work).  Prior to that, I had driven a lovely 1986 Honda Accord named Svetlana.  I kept her for 27 years because well…she never quit running and I mostly took the metro to work :). 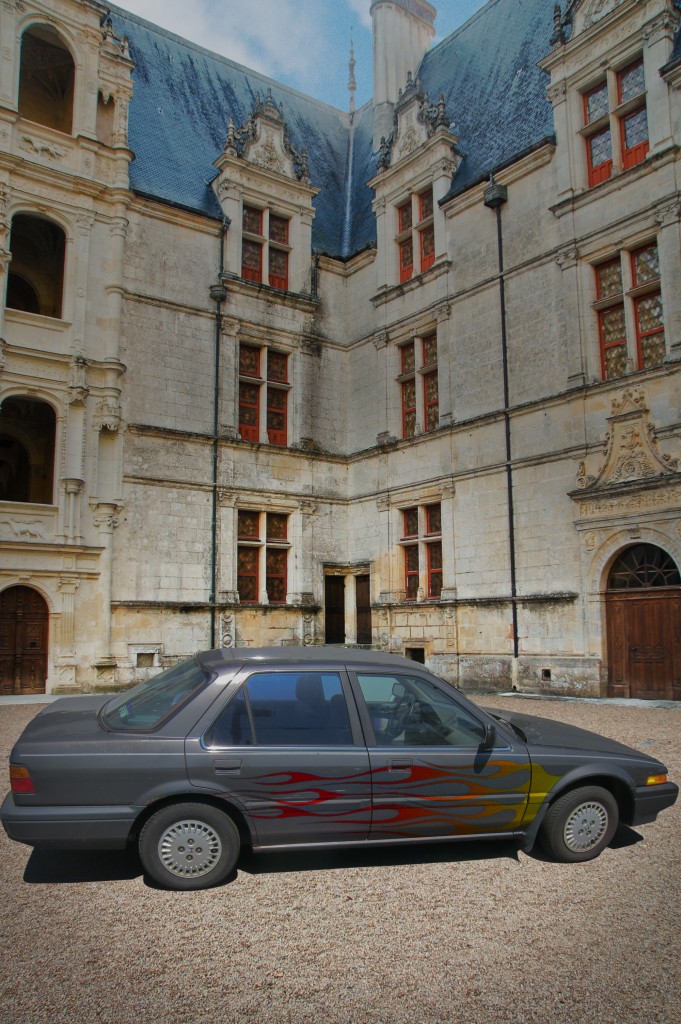 (that’s Svetlana after my mom photo-shopped her into Italy. You know, for fun. :))

Anyway, I was really scared to find myself feeling very alone in a new city.  I had decided to move because I wanted to finally own what was important to me, and I knew that living by the water, having adventure, and pushing myself are all things that I value.  And as much as DC is home for me, the Potomac River isn’t really “living by the water,” the traffic sucks, the boredom of being in one place for awhile was slowly sucking me dry. I’d been there and done that.  For YEARS. And even though it was a big business and life decision, I knew I needed a change. So, that’s how a year ago almost to the day I woke up and found myself afraid and lonely in SF.

But here’s the thing – despite the fear of being in a new city, learning the “west coast ropes” (there is more avocado out here and happy hour starts later), and the worry that I’d completely fail to make new friends and be the weird kid at the playground, I was much more afraid that if I hadn’t done something I’d be looking back in the review mirror having a lot of regrets. And since I had previously decided that I don’t want to be someone who looks back and says: “I wish I had…” in my work, or in my life – well, I went. 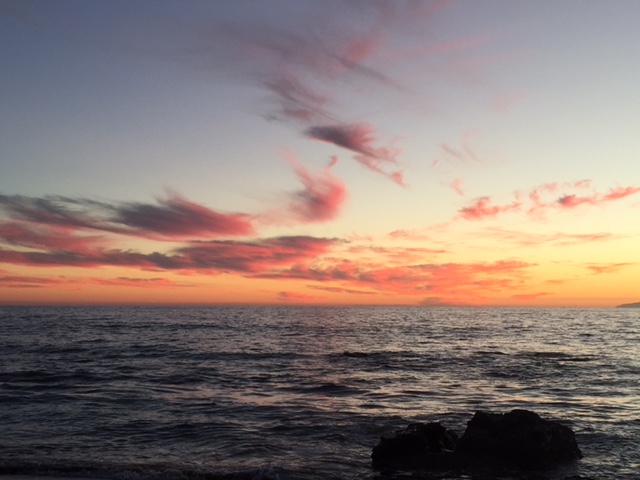 (this is our first view of the pacific together)

I won’t pretend that it was always easy, BUT – in many ways it also wasn’t as hard as I had expected.

1. My private clients and my group clients in the Career Happiness Revolution inspire me with their honesty and determination, and my business has continued to grow and expand since my move (and my website is a Forbes Top 100 for your career!)

2. I’ve gotten to the point where I have to turn down plans on the weekend, because I’ve made friends and discovered so much that is cool in this city (Yay! I’m not creepy anymore! Also: Networking. DO IT!)

3. I’ve moved from San Francisco to the East Bay and joined forces with my man (our one-year anniversary is coming up!)

4. I have not one regret about coming here.

Now, I don’t want to pretend that I haven’t made plenty of stupid life and career decisions to date.  From the time I got Cleopatra bangs to the time I told (yelled) at my boss that she treated me like a utility player and not a company leader much like a 14 year old throwing a temper tantrum…well, I’ve done some things wrong.

But this – this I got right.  And the reason I got it right was because I listened to what was in my heart telling me to take a leap and go, and ignored every voice in my head that said I wouldn’t be able to do it.

Somewhere in your heart is probably a voice telling you what you want your next career step to be.  Take a moment and really listen to it, don’t judge or start with “I can’t” – just listen for a moment…you’ll know if it is right.

And if you need more help, then please join our free (and amazing) career community right over here CLICK.

Your Career Safety Net Is A Myth: It's Time To Change Your Thinking